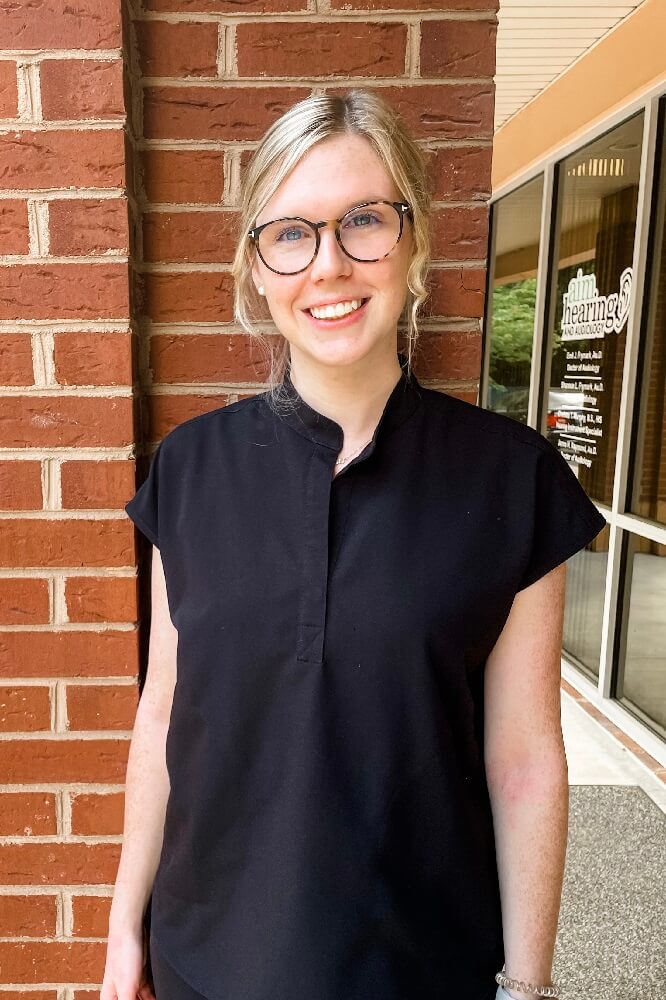 Sydney Kaiser grew up in Hickory, North Carolina. She is currently pursuing her Doctor of Audiology graduate degree from East Carolina University and received her Bachelor of Science in Communication Sciences and Disorders from Appalachian State.

Sydney was originally drawn to audiology because she watched her aunt and cousins struggle with a progressive, genetic hearing loss. She became interested in the research behind cochlear hair cell regeneration therapies and realized quickly that patients needed help now- not years in the future. Since then, she has been focused on offering gold standard, empathetic, and client-centered hearing healthcare and aural rehabilitation.

During her time at Appalachian State, her aunt’s mother received her first cochlear implant. This event, coupled with the understanding her cousins would also need cochlear implants in the future, led Sydney to pointedly pursue cochlear implants throughout her doctoral program at East Carolina University.

Sydney was drawn to Aim during her search for a 4th year residency, not only for the high quality evidence based hearing healthcare offered, but for the opportunity to work at the only cochlear implant mapping facility in Greensboro.

She is excited to get to know the diverse patient population at Aim and for the opportunity to work at a practice that puts such a focus on high quality, evidence-based hearing healthcare.

It’s often the small things that hold us back from making a decision, whether it’s a question, or a concern.

That’s why we have a team of experts on hand to help.

Simply complete this form and when one of our hearing experts has a moment between appointments, they’ll call you for a friendly no-obligation conversation to answer your questions and discuss any concerns that you may have.