The Amazing Truth About Earwax 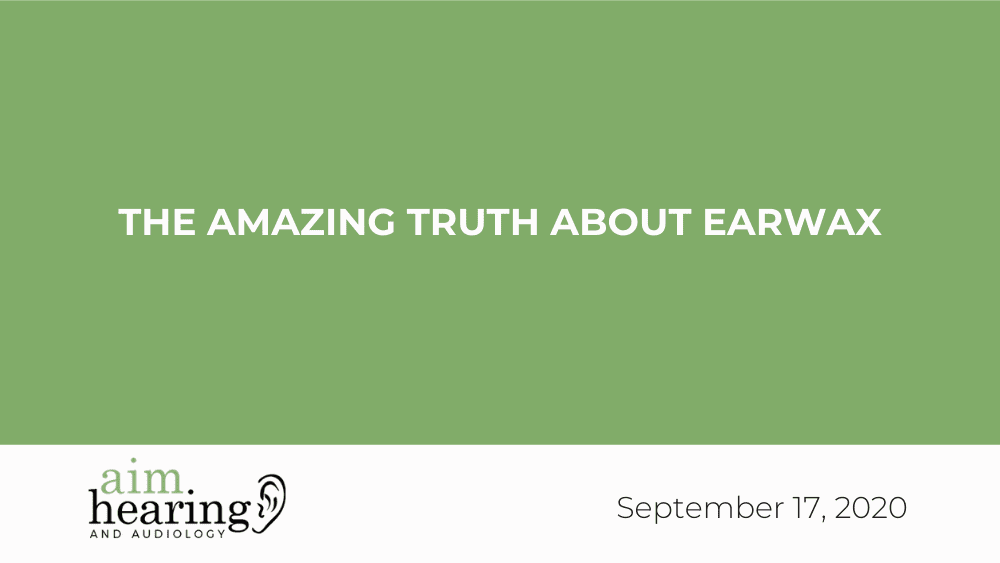 The sticky, waxy substance that we know as ‘earwax’ is really called cerumen (Sah-Roo-Min), and its primary purpose is to protect our ears from the harmful effects of foreign particles such as dust and fungus. It even acts as a bug repellent to help prevent creepy crawlies from making their home inside your ear!

Earwax isn’t really a wax at all. It is made by the body using dead skin cells and special secretions (sebum) from glands in the skin in and around the ear and has antiseptic properties.

There are also two different types of earwax, wet and dry. Certain ethnic groups have the ‘wet’, sticky wax in various shades of yellow, ranging from bright yellow to orange and even to dark brown, and other groups have very light wax that is dry and flaky, not really sticky at all.

While earwax does a fantastic job of keeping out the nasties, it sometimes does its job a bit too well and can become a hindrance.

While this hero substance is often self-cleaning and removes itself from the ear through your jaw movement, (chewing or talking) it can sometimes accumulate and block your ear canal, also known as impaction.

The symptoms of impacted earwax are; hearing loss, earache, sense of ear fullness, itchiness in the ear, dizziness, ringing in the ear, and potentially even a cough.

Hearing aids can often stimulate earwax production while simultaneously blocking it from working its way out of the ear. This can cause blockages, not only within your ear canal but also damaging your hearing aids. A good ear and hearing aid cleaning routine are essential to get the best out of your device and stop your ears from getting blocked.

NEVER try to clean your earwax out with a foreign object like a q-tip, fingernail, or paperclip (we’ve all been guilty of this at some point in our lives, but don’t do it!). Foreign objects can push the impacted wax deeper into the ear and damage your eardrum, often irreparably! DO NOT use an ear candle either! The hot wax, smoke, and ash can drip into the ear and wreak even more havoc by burning you or perforating the eardrum!

So How Do You Clean Your Ears?

After a nice hot shower or soak in the bath, wipe the outer ear with a soft dry cloth – make this part of your daily routine, and it will help keep your earwax under control.

If you have an impaction that is causing you discomfort, you have options. Often a GP or pharmacist will prescribe oil-based ear drops that work to soften the wax, which can then be wiped away, or you can have the wax removed by a professional, which is a quick and painless procedure.

If you have any questions or concerns about discomfort in your ears we will book you in for an assessment and if necessary we will help to remove the impacted earwax safely. Please call us at (336) 295-1064 or contact us using this form.

Do you know somebody that needs to see this? Why not share it?

Shannon Frymark, Au.D., CCC-A, audiologist, received her doctor of audiology degree from the School of Audiology at the Pennsylvania College of Optometry and her master’s degree from the University of North Carolina, Greensboro. She is licensed by the state of North Carolina, earned her certificate of clinical competency (CCC-A) from the American Speech-Language-Hearing Association, is a fellow of the American Academy of Audiology, and is a member of the North Carolina Speech, Hearing & Language Association as well as the Hearing Loss Association of America.

What Happens at A Hearing Assessment? | Hearing Health Awareness Month

Do you have a question or would you like to speak to one of our hearing care experts? Then complete the form and we’ll call you back shortly.